So there’s a rumour going round that we have a secret cocktail bar, this might be true……  the only way to know for sure is to pop in and check for yourself !!

In November we started hosting Kate’s storytree on Tuesday mornings from 10:30 to 11:30.  It’s open to children of all ages.  Many of you may know Kate from other venues.  At Hooray’s it’s a free session and it’s being enjoyed by kids and mums alike.  After story time the mums enjoy a coffee and a chat, and for the kids there’s a special meal deal, a healthy platter with a mini sandwich, mini fruit salad, carrot ribbons, a Fruella juice carton and of course a free mini scoop of ice cream for pud.

In September we were at the Stratford food & drink festival with Hennie, our vintage VW camper ice cream van.  It was great to hear the visitors complimenting Hennie, and saying “0oh look it’s Hoorays!”  We even made an appearance in the festival cookery demonstration tent, which was terrifying but also so much fun 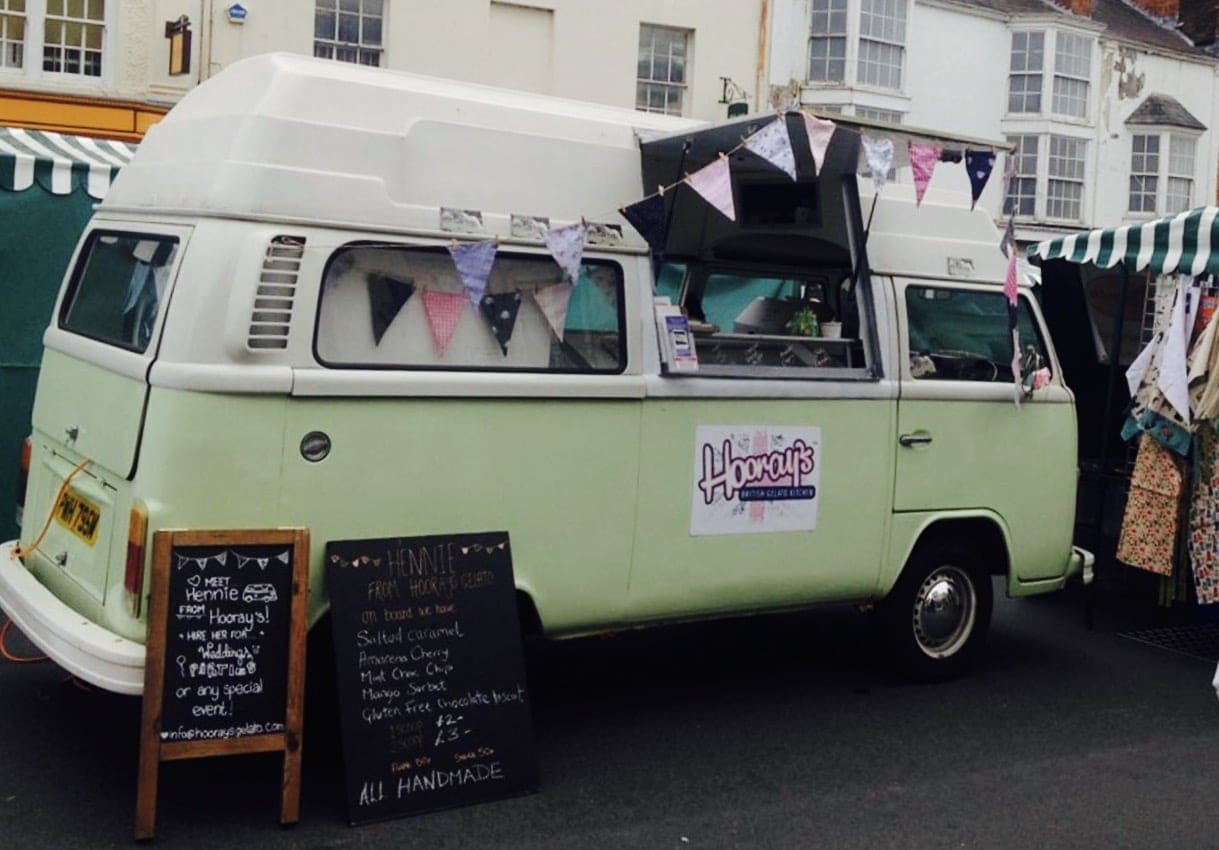 Showing the audience how to make and decorate semi-freddo’s, a type of iced mousse.  The samples certainly went down well, as did our competition to answer 3 questions about Hooray’s and suggest a new flavour and win a large take home tub.  Our winner had all the questions right, and her suggestion was Strawberry and black pepper, which turned out to be quite a challenge to make, as the quantity of black pepper to include was incredibly difficult to get just right.

We have hosted so many parties this year, from baby showers to an 80th birthday party.  Our upstairs bar and lounge area works brilliantly for informal celebrations and of course children’s parties.  It’s not just ice cream at Hooray’s, in addition to our regular menu we offer savoury party buffets and a licensed bar. It’s an ideal venue for all types of get togethers.  Get in touch on info@hooraysgelato to find out how we can help you plan your next celebration. 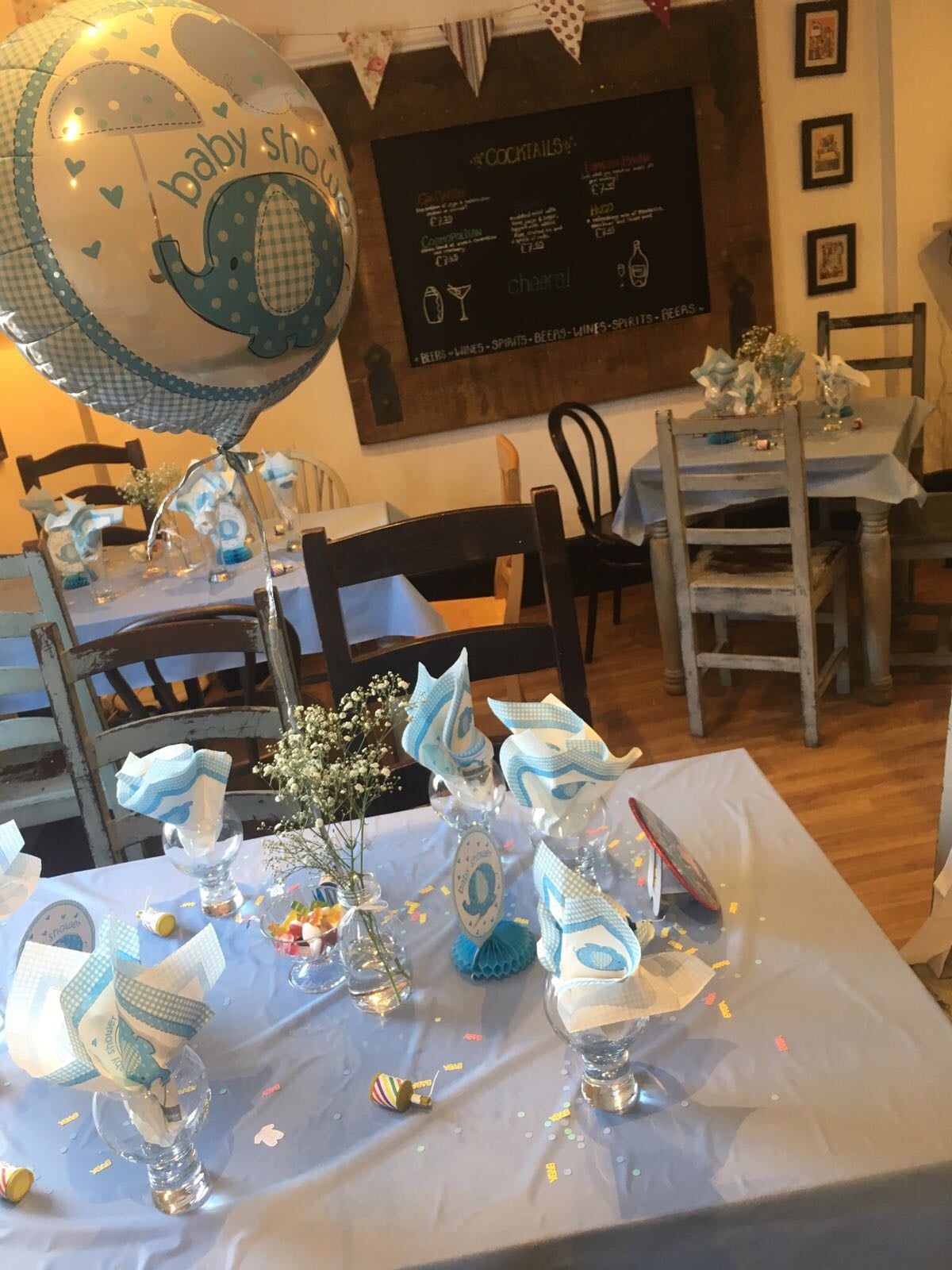 Our Craft Shakes and Palettes are proving to be popular.  If you’re asking yourself what on earth are they??  Here’s a quick description – take the Oreo Stack from our Craft Shake menu, it’s a Oreo flavoured milk shake, with a chunk of chocolate cake, cream, chocolate sauce and a stack of Oreo cookies all balanced on the top of a mason jar glass….. so outrageous! 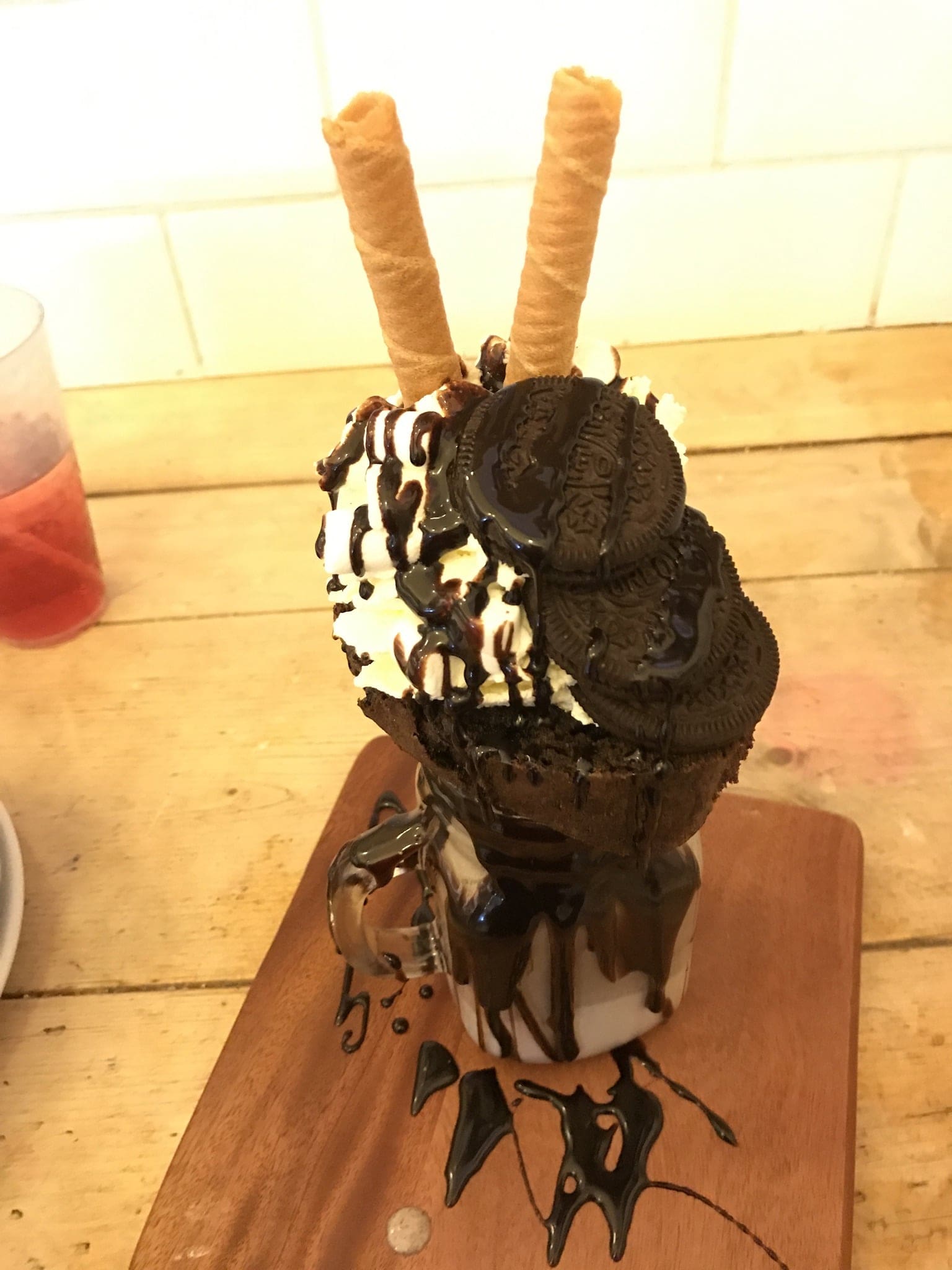 We came up with the idea of palettes for those of you who’d love to have a larger section of either gelato or sorbet flavours without having a huge quantity.  Served on an artists palette you can choose up to 10 different flavours.

Sigep – The world of gelato

Back in February we attend Sigep the massive gelato expo held in Rimini, Italy.  It’s amazing to see what a big industry gelato is worldwide.   We came back with lots of exciting new flavour ideas and fabulous tortellini from Bologna.

Have you met Hennie?

Hennie was born in 1974 which makes her vintage, but she’s looking great for her age. She’s super cute, and a bit of a poser. She loves going parties and special events, she’ll get all dolled up for any occasion day or night.
She’s been beautifully fitted out so the Hooray’s experience can be enjoyed out and about in Stratford upon Avon and the surrounding area. 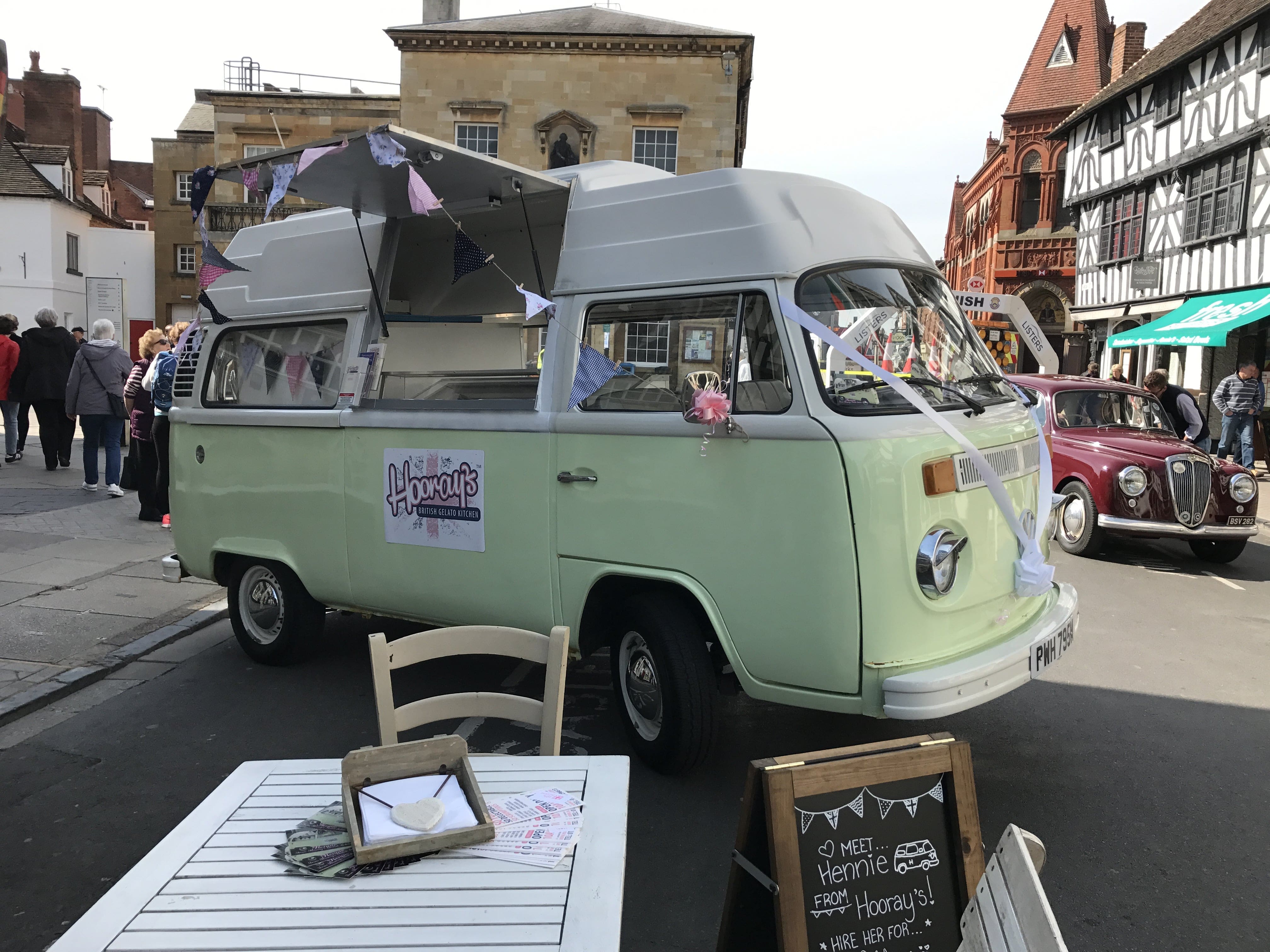 Hennie will be stocked with your choice any of the over 100 different flavours of artisian gelato or sorbet , which are all created in the Hooray’s gelato kitchen in the premise on the High Street. So whether it’s cups, cones or sundaes you’d like to serve on your special occasion Hennie would be happy to join in!!

Hennie loves parties & events! So be sure to contact us when you are next having party, or organising an event.

Q&A with Sara & Sasha – Why did you decide to set up a gelateria?

I spent many years abroad, and returned home and wanted a new challenge.  Something fun, creative – a new adventure.  We have been fortunate to travel fairly extensively, and one enterprise which can be seen the world over is the ice cream parlour.  I noticed the UK where sadly lacking in good artisian ice cream palours, so decided there was probably a gap there which could be filled.

The premises in Stratford upon Avon was perfect, but much larger than envisaged. Sasha offered to share the adventure (and the challenges!!), and over several bottles of “red” the concept which became “Hooray’s British Gelato Kitchen” was born. – Sara 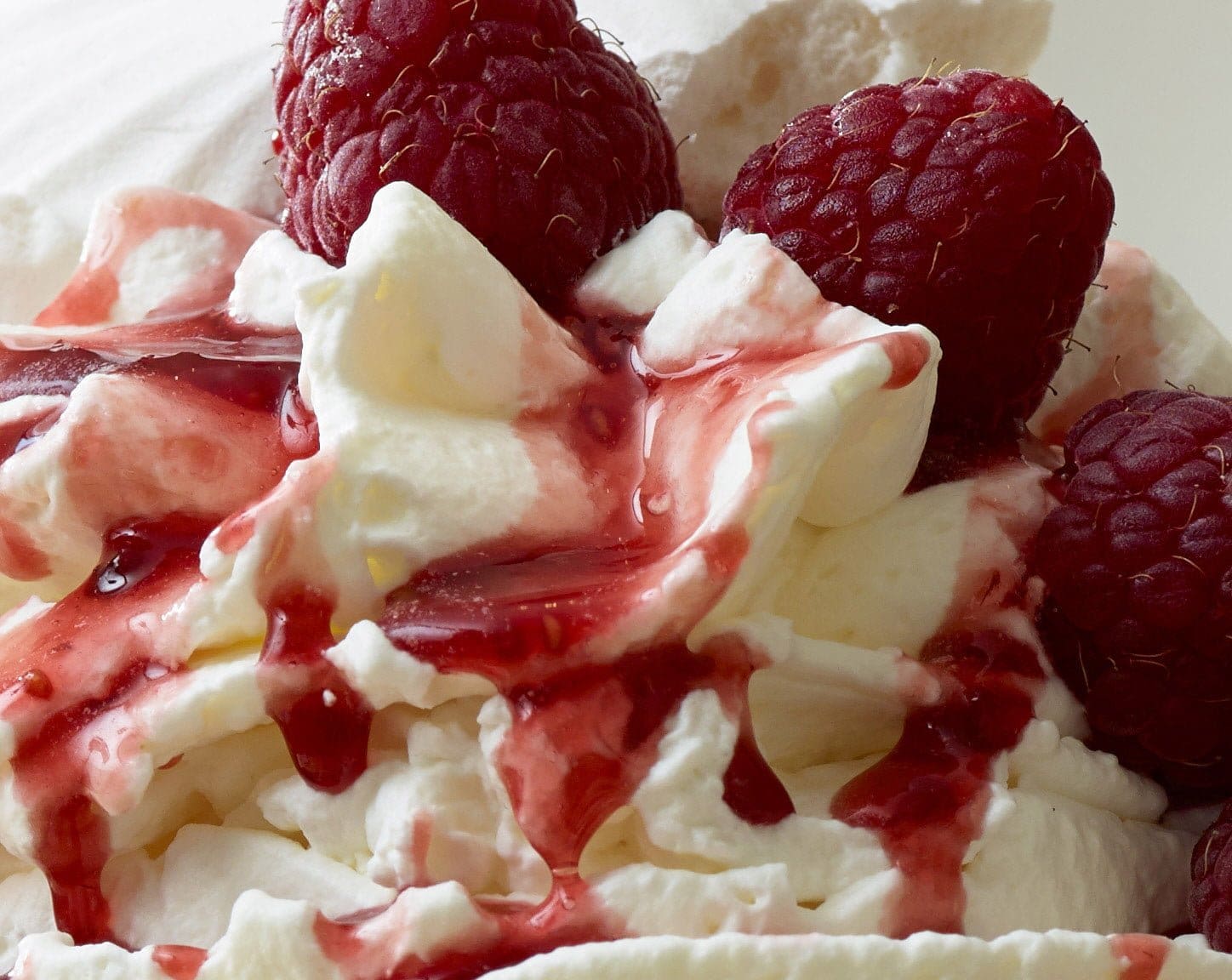 Have you made gelato before and how did you learn?

No, somewhat surprisingly, we had never made gelato or ice cream before. We were trained by a marvellous Italian chef in the art of gelato.  So it is traditional gelato we make but with our own British twist.

Where did the name Hooray’s come from?

For us “Hooray’s” has a double meaning – Hooray as in “Hip Hip Hurray!! it’s my birthday!!” Or “Hurray! Lets’ have ice cream” , and a little touch of Hooray (Henry) as in the Sloane Ranger handbook which is quintessentially British, slightly quirky, comical but generally all round a jolly good egg!!